HEY!  You know what day it is?

If you’re gonna be a smartass and say, “Wednesday, September 12th, 2018,” then good for you, here’s your gold star. For those of you who say, “It’s Video Games Day,” then you’re already in the know, so let’s skip the pleasantries and shout:

It’s not exactly a secret that the video game and anime fandoms have some overlap. If you’re an anime fan, odds are you enjoy playing video games. That’s not an opinion;’ that’s just science and, unless you’re a flat-earther, you can’t argue with science.

Today, we’re gonna talk about four titles based on video games that HIDIVE just coincidentally happens to have the anime adaptations for. Make of that as you will: 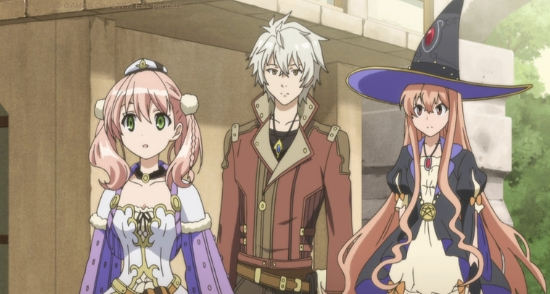 First up is this anime based off the REALLY long-running Atelier series. How long-running is it? Well, the first game came out in 1997, and there are currently nineteen games in the main series, even more, if you count the spinoffs. That rivals some other series in sheer length if you were to ask us, which you didn’t, so we’ll say it anyway.

This anime is an adaption of the 15th game of the series. “But wait,” you say, “Don’t I have to know what happens in the past 14 games to understand all the intricacies, characters and plot development to fully appreciate this show?”

Alchemists of the Dusk Sky is the 2nd game of the “Dusk Trilogy” and, as a consequence a direct sequel to The Alchemist of Dusk, the 14th game.

Wait, hold on. We’re starting to contradict ourselves and not helping our case. Let's try this again:

Even though it’s based off the second game of a trilogy, it follows different characters. Sure, a few events from the 14th game are mentioned and previous characters show up as well, but you don’t need to know what happened in the past to understand what’s going on.

In other words, for all of you who have played the games: Congratulations, you understand those references! For those of you who haven’t, there are handy trivia notes sprinkled through the anime so you won’t feel left out.

The Legend of Heroes Trails in the Sky 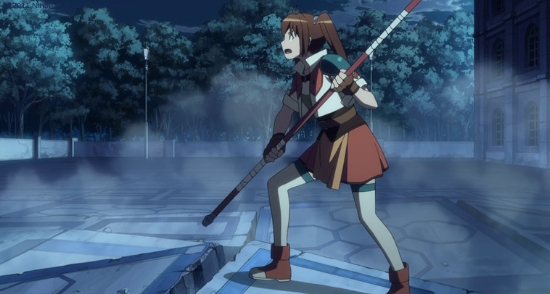 Good news: Here’s another anime adaptation of a famous, long-running video game series. Even greater news: This adapts the beginning of the story, so you don’t have to worry about spoilers! Unless, of course, you’re planning on playing the game.

This marks the first entry in the Trails story arc of The Legends of Heroes series, which tells an epic tale of war and political intrigue from the viewpoint of different nations.

This series proves that novels don’t have a monopoly on sweeping sagas that span multiple titles, because this beast of a plot currently spans eight different video games telling an overarching story with a ninth one on its way. Characters and subplots frequently intersect to the point that would make any novelist proud.

So, if you haven’t played the Trails games yet, you’re doing yourself a huge disservice. Go watch this anime adaptation and then play the first game, or the other way around if you want. It doesn’t matter as long as you get to experience this for yourself. 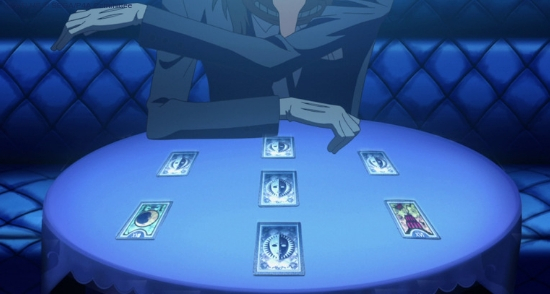 It’s been ten years since this game was first released, so happy 10th anniversary, Persona 4! This RPG (Role-Playing Game for the uninitiated) took the world by storm back in 2008 (2009 if you live in Europe) and the franchise shows little signs of stopping.

Which is a good thing for us gamers. If you’ve never heard of the Persona games, then you’re missing out on some intense character development. We don’t mean your average “It all started back when I was three…” character development. Persona 4 deals with Carl Jung psychology, and facing the darkest, most repressed parts of your personality that you never wanted to admit to anyone including yourself. (Google Carl Jung if you don’t know who that is)

Yes, there’s a “4” right there in the title, but you don’t have to know anything about the previous games to enjoy this. 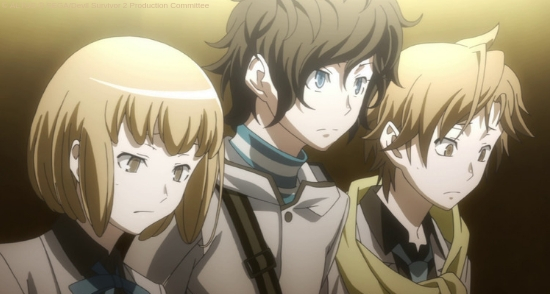 Imagine if you were going through your normal, everyday life when monsters show up, and you now have to enlist their help to survive. Instead of being cute, they’re terrifying and want to tear your face off instead of helping you be the very best that no one ever was. That’s the Devil Survivor series for you.

If some of the monsters in Devil Survivor 2 look like they came straight from Persona 4, that’s because they did. Don’t worry, this isn’t an “Oh my god, they ripped-off another series, and they’re getting their asses sued” situation. This is a “Persona 4 and Devil Survivor 2 are part of the same franchise” situation.

Which franchise? That would be Megami Tensei, or Shin Megami Tensei as it’s sometimes known internationally. Although there’s a bunch of games and spinoffs, the only thing that really ties all these games together are themes, some gameplay mechanics and, of course, all the monsters.

So, once again: Happy Video Games Day, everyone! We hope you have plenty of video games to tide you over for the next 24 hours. Anyone want to share other anime video game adaptations? Let us know on Facebook and Twitter!

Take Me Now
I WANNA STAY